Installation of Plant in China.

This is a cartoon of two of our mechanicle engineers and one of our electricians, who were part of a team of ours in China, who were there to install a plant for a Safety Workwear manufacturers which had dismantled in Cheshire UK, loaded and shipped to China in 18 containers.

The reference to 'Wot No Containers' is that the day after we arrived to commence the offloading of the containers, the dockyard went on strike so our labour force could only do preparatory work.

It was not the greatest of starts to a complicated project, but congratulations must go out to the team who pulled back the week lost due to the strike and finished the project on time, some 8 weeks later. 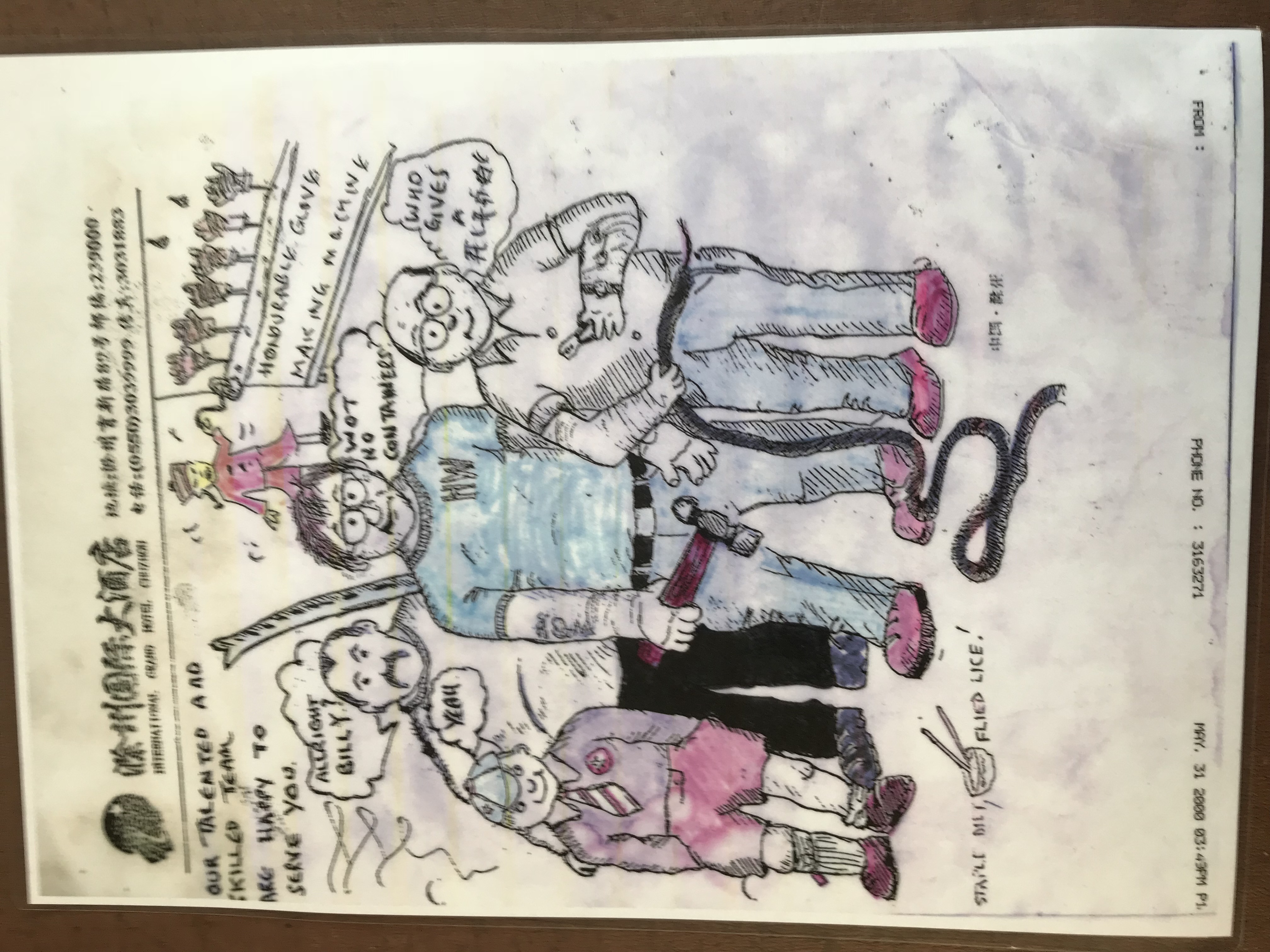